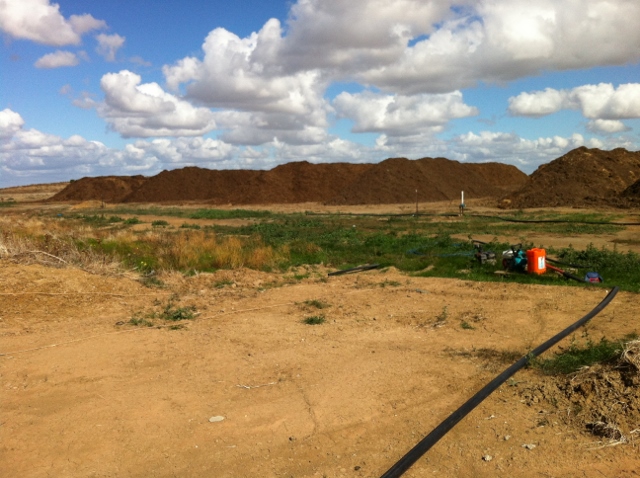 Project Overview: Biomix Pty Ltd (‘Biomix’) commissioned Edge to prepare a Works Approval application for a property in Stanhope Victoria to operate an open windrow compost facility for up to 100,000 tonnes per annum. The site was used as a feedlot prior to acquisition by Biomix and Edge managed the Works Approval including an RD&D application to investigate the efficacy of different feedstocks. The proposal was for an open-windrow composting organic recycling facility with a capacity to process 100,000 tonnes of green waste, food waste and grease interceptor trap effluent per annum into an agriculturally valuable compost compliant with Australian Standard 4454-2012 Composts, soil conditioners and mulches. The site is in an agricultural zone with the nearest sensitive receptor just under 3 kms to the north west of the facility and odour generation was EPA’s major environmental concern. Project Outcomes: During the application process, EPA drafted new guidelines prohibiting open windrow composting for certain feedstock’s such as mixed food and green waste which resulted in a change in process design and requirements which Edge successfully negotiated with EPA.